No Such Thing as a 10-Year Core IT Contract

How can any of us bet on the function and value of technology 10 years from now?  When you think of the question a few times the answer appears obvious.  You cannot.  It would be impractical.  Unreasonable by any measure.  However, vendors are doing a great job of convincing banks and credit unions they need a 10-year deal. 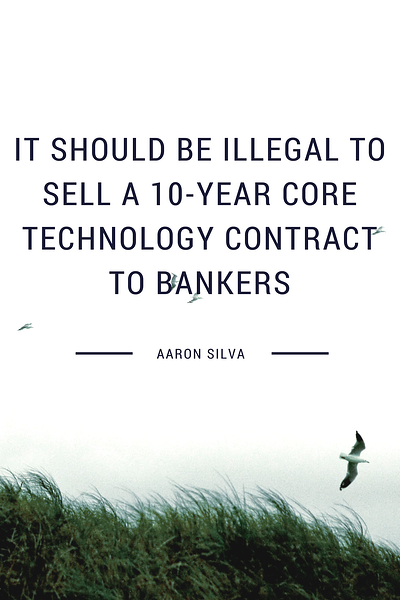 Nobody except perhaps for the U.S. Government accepts fixed IT cost structures and terms for 10 years with their suppliers.  It is my opinion that providing an 8, 9 or 10-year contract is one of the biggest crimes committed upon bankers in recent years by vendors.  Frankly, they should be ashamed of tricking bankers into believing there is any short or long-term strategic value in such an offering.  Fact - How many banks offer a 10-year fixed rate commercial line of credit or a 10-year CD with guaranteed  interest rate increases of 3% to 5% annually?

Bankers are doing their best to run their institutions, manage compliance issues; fight off margin compression and try to make a buck.  I understand that some may think that a 10-year contract will lock their vendor in to incredibly low pricing and favorable terms.  A 10-year contract puts a huge check mark in the vendor management box and lowers bankers' long-term distractions permitting focus on what bankers know best...banking.  But if you really knew what a 10-year deal actually does to a bank, you'de realize that YOU just locked yourself in, not the vendor.

Permit me to write frankly as I am not trying to pick on bankers.  I'm trying to protect bankers from what they don't know.  An 8, 9 or 10 year contract guarantees the vendor that no-matter-what, you are going to pay their premiums for an eternity even if the cost of [their] technology delivery drops to near zero.  The institution may grow, contract or change its mission but the fees are going to continue growing annually as CPI increases chip away at your efficiency ratio.

As it is bankers are at a terrible disadvantage and must typically wait 5 to 7 years to restructure these contracts.  Once you complete the wait you find very little switching leverage since a true oligopoly exists as 85% of the market is controlled by Fiserv, Fidelity and Jack Henry.  Vendors know that on average only 4% of the market voluntarily changes vendors.  It's easy to call your bluff.

Your World Under a 10-Year Agreement

Pretend you want to switch vendors because your provider is no longer providing quality service or was hacked by the North Koreans.  Nope.  You're stuck.  Maybe your bank wishes to upgrade and buy a world-class Internet Banking system from a 3rd party because the version offered by your core Core happens to suck wind.  Nope.  You're stuck until your [grand] children graduate high school in 2025.

Blow the dust off that agreement and search the fine print for the Exclusivity Clause preventing you from switching any ancillary service to a competitive offering. Consider complaining to the vendor about their service level dropping the last three years.  Sure they'll buy you lunch - but the complaints fall on deaf ears. Nods of empty concern are backed by the fact you’re going nowhere for at least 7 more years!  Result: They put you on the slow train.

Imagine you happen to meet a colleague at a bank show and over drinks he told you he is paying the same vendor 40% less for same Core IT services?  That's nice but you'll have to wait to get anything changed until the next two Presidential election.  Wanna sell your bank? - get your shareholders ready to choke on millions in early termination fees.  Even worse let's assume you want to make an acquisition and doing so would double Core account transactions.  Uh oh!  There's no tiering in your Core IT pricing because you didn't think your bank would ever make an acquisition when the agreement was inked in the last century.  I'm sure the vendor will want to help out and make it up to you by selling more new product and lowering some of the implementation costs.  Shucks!

High Fives at the Water Cooler

Certainly I sound a little cynical about finding any value in a 10-Year contract because there isn't any really - unless you're the vendor of course.  Nothing more than a trick, a trap designed to lock you into something you don't need but they want very badly. 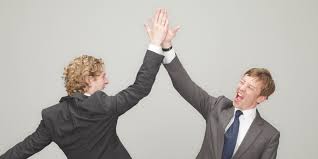 A 10-year deal makes it hard for their competitors to buy out contracts and guarantees them zillions in institutionalized revenue.  For example, CSI is well-known for offering 10-Year contracts to fend off the bigger competitors.

In my opinion, the absolute longest term should be 7 years and even then there better be a lot of language that begins protecting your backside in the waning years 5, 6 and 7.  The sales guy that brings in the 10-year whale is immediately promoted to the corner office; gifted a new set of Pings and is enshrined into President's Club for the remainder of his career.  Water cooler high-fives abound at any Core IT provider that gets a bank or credit union to sign onto an 8, 9 and 10-year deal.  If after you sign the deal you can't find your sales rep - phones don't work on cruiseships.

Never forget.  Trust your Vendor but Verify you are getting the best market deal and making the right decisions about business language and terms.  Going into these multi-million dollar negotiations alone is like playing poker in the World Poker Tour when you only play Texas Hold’em once every 5 years.  It’s time to Change The Game.