Is Exclusive Marriage to a Partner Necessary Anymore? 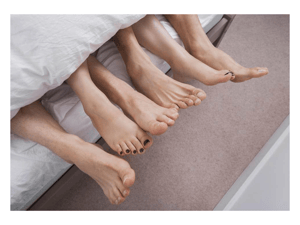 Buried deep in the fine print of your Core IT agreement is something called an “Exclusivity Clause”.  Most bankers don’t know it exists.  Most again don’t know what it means until they bring a competitive solution from a newer fintech to the relationship.  Bankers are surprised to find out that a vendor armed with the Exclusivity Clause (EC) has near total control over your destiny – at least for the next 5, 7 or 10 years.  Unless, of course. you are prepared to cough up 50%, 80% or even 100% of the remaining contract value to exit the service for greener pastures. This is completely unreasonable but it’s important to understand how we got here before we chart a course of freedom.

Where did the EC come from?

This clause is a quintessential invention of the centralized processing environments of the 1970s and 1980s.  You remember the “heavy” or “big iron days” when IBM main frames dominated the world and companies ran their accounting software in big data centers staffed by minions of computer operators?  These operations were typically equipped and staffed by a single supplier with the responsibility of providing the computing power for their customers. EDS was a big pioneer in this business model.  It was the early days of “outsourced” services and IBM or EDS didn’t want to make a huge investment in dedicated equipment, personnel and facilities if their customer could change their mind at any time and leave them holding the bag.  Suppliers wanted and exclusive relationship - at least long enough for them to recover their capital investments and earn some reasonable profit.  The early ancestors of Fiserv, FIS and Jack Henry platforms come from this bygone processing world and their contract simply state: “You can stop using any of our services but you can’t use anyone else's - unless you pay to leave.”


Prior to us launching the Golden Contract Coalition in 2016 we got an outside opinion on how current, by today’s standards, the ASP agreements used by the Big Three Oligopoly are as compared to their contemporary processing cousins outside of our industry.  To help we retained the largest and most successful IT contracting firm in the world, Pillsbury Winthrop Shaw & Pittman (aka “Pillsbury”). They reviewed two dozen typical Core and IT agreements specific to account / item processing, internet banking, bill payment and ATM/EFT services.  I’ll never forget the conversation we had on the day they returned the results to my team:

Pillsbury: “We have completed our GAP assessment of the core contracts issued by Fiserv, FIS and Jack Henry as compared to similar outsourcing deals found outside of the community banking industry between major companies and non-financial entities.”

Silva: “I’m excited to hear the results…what can you tell me?”

Pillsbury: “Again, how many banks sign these agreements in the U.S. today?  We mean, what percentage of banks have these types of contracts?”

Pillsbury: “Well, our firm has been around a long time and some of our senior partners have been around even longer and as far as we can tell, these agreements have not existed in the IT outsourcing world since the 1980s.  We don’t see these contract structures, legal terms or general business practices anywhere else in the real world today. They’re extinct”

It was the shot heard around the office.  The confirmation of bad news we had always surmised, always been suspicious of was now validated by some of the best and brightest lawyers out there.  These contracts – and their embedded Exclusivity Clauses - were a heap of crap and every bank in the country had a bag full of it.

Today no software has an exclusive relationship between the buyer and supplier.  With a tap of my finger I can delete any app on my iPhone. With a few clicks I can unplug any application or extension found in my Chrome browser.  If I want to drag and drop the Microsoft Word icon into the trash – so be it - Bill doesn't hunt me down for money. If I wasn't married I could swipe left and swipe right to my heart’s content for dates.  If I don’t like E-Harmony I can switch to Tinder.  If I don’t like my iPhone I can pop my T-Mobile chip into an Android.

So why then do these core IT dinosaurs hold onto the Exclusivity bone?  Greed and ignorance I think. Greed because it’s just damn greedy! For a vendor to dictate to the client “partner” (you) that they’re the only relationship in town no matter how they perform and even if you end up hating their software and services – is very greedy.  Ignorance because bankers for years have allowed it and not known any better. This compliant behavior has permitted the EC term to be institutionalized into Core agreements for decades, always unchallenged. You’re not alone because I didn’t know any better either until I got confirmation from Pillsbury just a few years ago.  Ignorance can be bliss.

So what can a banker do about it?

Not much, yet - but that is changing fast.  It took decades for the EC to become a standard way of doing business and the legacy cores depend on the power it provides them in reporting revenue into the public markets.  Many institutions are beginning to challenge the EC because the industry is realizing that apart from carnal greed – the EC is limiting bankers options to adopt more competitive alternatives.  Fintech companies entering the market are starting to create a lot of pressure on the EC by avoiding long term contracts and encouraging a bank to leave their service if they are not working hard enough or innovating fast enough to earn the right to keep your business.  This is how all of the software we use on our computers and mobile phones work today. If they are not innovating and bringing us new features and functionality – deletion is easy because 10 other replacement apps that do the same thing are a minute’s download away.

Therein lies the rub where the Big Three Oligopoly can continue to depend on the EC – there isn’t enough fintech competition (yet).  Fintech is coming and coming in big waves but it will be some years before legacy cores need to rethink the EC. I’ve believed for many years that the EC is unnecessary at a fundamental level because the business disruption and friction involved with a bank converting to another core system is barrier enough to prevent the behavior in any rampant way in the first place.  Today only 2% of all banks volunteer to switch cores.

If I were to build a new core for banks the only exclusivity clause you would find in my contract would be a Dedication Clause which spells out an undying commitment to making software that makes community banks better, stronger and more competitive.  Maybe one day these cores will see the light and do what’s right.