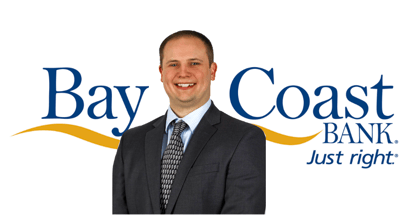 The BayCoast Problem in 2014

Not unlike any community bank, BayCoast found itself with three suppliers with three different termination dates. The core account processing supplier was in the early days of an 8 year agreement (admittedly signed before Mr. DeCosta joined the bank); an online retail banking agreement with a different supplier expiring within 24 months and yet another agreement for commercial online services also about 24 months of tail remaining. Many banks make the mistake of signing agreements that are too long (never go longer than 84 months!) and not coterminous with each other.  To make things right and hopefully harvest real leverage another day you must make moves to sow those seeds today and BayCoast Bank knew they needed the help of an outsider since they were out-matched going it alone. Enter the Paladin hired guns.

Paladin studied the business problem carefully through a brief assessment process and concluded the best strategy was a long-term one. First, BayCoast must renew the retail and commercial online banking agreements (the core agreement was too young and untouchable) but we needed leverage to force these fat and happy suppliers to sit up and work hard to save their business. With the advantage of the Paladin Blue Book we already knew these agreements were over-priced by at least $1.2M over next 5 years. The contracts themselves were defective, lacked balancing commercial terms and virtually no SLAs that were meaningful. Luckily the core supplier had recently acquired a competing retail online banking service and was eager to participate in a competitive bid process. After a 4 month bake-off the core supplier was offering nearly $1M to take-a-way the business but it wasn't enough in the end as the incumbent rolled over like a kitty cat and along with the commercial online vendor, coughed up a $2 million dollar hairball. When you look back on this first round of negotiations you wonder how one vendor can suddenly find nearly $1M to steal away the business and the others can produce $2M to keep it! It can kinda piss you off a little bit that all this time your bank was dramatically overpaying. 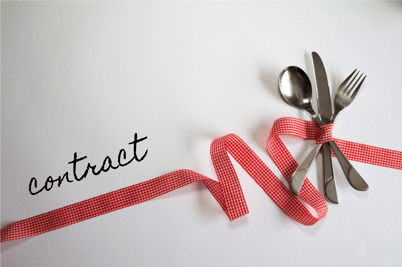 With a $2M reduction in burn rate the Bank is able to start repurposing money toward other IT projects and initiatives while watching their efficiency ratio drop - all thanks to generous refunds from their vendors for more advanced products and improved service levels. Now the fun begins. As 2017 arrives now all three vendor agreements expire in either 2019 or 2020 - this 24 month margin is the best time to open a negotiation with your suppliers as it gives you time to get the deal you want and enough time to jump ship if you can't. Again, Paladin re-engages and picks up where they left off. Except this time there is a twist, the Bank has grown tired of their commercial online vendor and demands a change. There is no chance for their survival and so now a replacement must be found. Again, the moons align as their incumbent core and retail online banking suppliers have a competitive offering each.  They smell blood in the water and they are drooling at the prospects of adding new revenue. But first they must be reminded to protect their existing business since DeCosta has put all three suppliers on performance probation. The seeds sowed just a few years ago are now reaping the perfect fruit. Remaining core and IT vendors are fighting for their survival and against each other for new business simultaneously! Poetic.

Holding the Power Seat in a Negotiation

Mr. DeCosta orchestrates beautifully from the power seat every step of the way. With Paladin in the lead, interfacing with the suppliers and doing the hard negotiating work, arm-twisting and neck wringing, DeCosta pulls the strings and directs the chorus from the rear. After renewing the core and retail online banking deals, the near-final result is a whopping $4.4M in cost reduction and counting as Paladin is completing the short strokes on the commercial online contract as this article is being written. It looks like another $500K cherry on top that will push the straight-line savings over $5 million when adjusted for anticipated transaction growth. With a NIM of 3.3% this imputes a found money yahoo! equivalent of $151 million in new loans with no reserves to set aside. That's money the Mr. Christ Boss Man is going to love!