The Incentive of Doing Nothing

For community financial institutions, it’s customary that every 5-7 years the decision must be made to either stay and renegotiate with their Core and IT provider or embark on a new contract with a competing vendor. When this time comes, it’s important that all decision makers have the right information, which can create more work for the banking staff with minimal incentive. 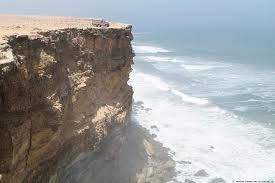 After many years of fighting on behalf of community FIs and countless conversations with senior bank executives, the truth is that senior management and their staff are not always receiving objective and unbiased information when it comes to identifying the best options for their franchise because there is so much extra work involved (with a future core conversion) —which in turn creates an incentive to stay put with their original vendor.

In a recent conversation with the COO of a past client, an $800 million asset bank in New England, I learned that he believes his staff, and just about the staff of any community bank, has a natural incentive to want to do nothing when it comes to the question of staying or going.

“Any staff familiar with the monumental effort associated with a conversion is not interested to work long hours and over weekends for the same pay – there is no real incentive for them to do it,” he said. “And then when [they] compound the effort with training on a new system that really doesn’t do anything different than the last system – why go through the effort?”

My company has been negotiating Core and IT contract renewals on behalf of institutions since 2007, but this was the first time I had heard this argument from a client.  It’s an honest and profound perspective of a banker’s mindset. It makes sense too—today only about 4% of the entire market changes their vendor annually. It’s a well-known industry statistic that Core providers know as well.

I like to say a Core is a Core is a Core. There really is nothing in the back office processing that one supplier does better or more efficiently than another to justify the business decision. So who really holds the cards?

It would be nearly impossible to survey the market and really find out why the percentage of conversions is so low. However, I think the answer could be even more complex. The risk and the unknown benefits can be just too great to make the leap, which may not seem worth it in the end.  Professionally, I have met few bankers that convert their Core and report back that the sun came up and the birds were chirping.

At the end of the day, the only player with tangible incentive that is certain of the outcome and costs is the new supplier.