5 Mistakes To Avoid When Doing Business with New Fintechs

If you’re a community financial institution, there’s a good chance that you’ve overpaid for banking system services at one point or another. For decades, the core legacy providers — Jack Henry, FIS, and Fiserv — gamed the system, strongarming community banks and credit unions into unfavorable deals with lofty prices, predatory terms, and limitations on technological access. In turn, smaller financial institutions have trouble competing with the bigger players. 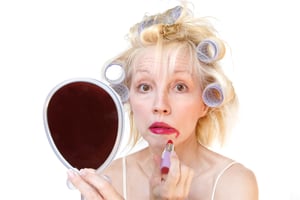 Fortunately, the FinTech revolution spurred an influx of new vendors into the financial services market, granting smaller institutions access to cutting-edge technology too. This revolution is a game changer — but only if you avoid making costly contractual mistakes that may have plagued your previous core banking agreements.

If you don’t want to lock yourself into one-sided, long-term contracts, you must be aware of and proactively circumvent the following negotiation mistakes when you consider doing business with new FinTechs.

Being Ignorant of Your Negotiating Leverage

It’s actually quite simple: your bank is the buyer, so you have leverage.

But most community institutions don’t realize that.

New FinTech vendors have flooded the financial services industry. These companies are willing to make deals just to make deals, so you don’t need to lock yourself into a one-sided deal with the first FinTech supplier you come across. Take a step back and consider what’s happening when you enter an agreement with a new FinTech vendor. Your institution is paying to receive a service. You are the customer — so you have the leverage.

It’s also important to keep another simple principle in mind: vendors do not volunteer benefits — you have to demand them.

Simply recognizing these facts can help you enter a negotiation prepared and proactive instead of ignorant and reactive. You just have to know how to control the conversation from the opening salvo, which starts with prioritizing your strategy.

WATCH 3 MIN VIDEO: Doing Business with New Fintechs and Avoiding Mistakes of the Past

We see many community institutions misstep right at the beginning of negotiations with a new vendor. First, they neglect one or more of the following key areas of their vendor contracts:

Second, they allow the vendor to control the discussion and construct a contract according to their strategy — not the bank’s.

To avoid this mistake, lay out your bank’s objectives and strategy over the next three to five years. Compare your potential FinTech vendor’s capabilities and strategy to yours. Do they align? If not, that’s not the right vendor for you. If they do, your contract should be constructed based on your strategy and preferences. That means the pricing, commercial terms, legal covenants, rights of termination, and service levels should each favor your institution.

Misjudging What Constitutes a Fair Price

“How would I know if I am paying above fair market value?”

It’s one of the most popular questions we’ve gotten over the last 14 years.

We analyzed our data and found some truly staggering results: 8 out of 10 contracts that we touched were somewhere between 13.1% and 43.1% above fair market value before we entered the picture.

How does such a sizable variance come to be? Again, it boils down to an institution’s negotiation strategy. Let’s walk through an all too common example.

When the time comes for an institution to renew its vendor contract, the banker asks the vendor for the best deal possible — to which the vendor offers a 5% discount. In reality, this economic concession is immaterial, but the institution doesn’t know any better because they don’t have the data to support the negotiation. At best, the banker might secure another 2.5% concession, bringing the total discount to 7.5%. Without empirical support, the banker thinks they won the day.

However, as the data shows, that’s not the case. That could still be anywhere up to 35% worse than the fair market value based on our study’s findings.

IT contracts are far from straightforward. Plus, bankers have a lot on their plates as it is — digging through a dense, jargon-riddled document is an onerous task to pile on. But failing to leverage data can be a costly mistake, as your vendor can take advantage of your time constraints and not only introduce an excessive price structure but also slip in predatory terms.

When you negotiate without data, you’re effectively guessing. When you’re guessing during contract negotiations, you miss contractual weaknesses that heavily favor the vendor.

Data enables your firm to formulate an attack plan and negotiation strategy. You know what contractual points to target. You know what rates vendors typically charge. You know what similar-sized banks pay for their core banking systems. With this knowledge, you control the negotiation at the onset — instead of letting the vendor dictate the terms and structure an unbalanced agreement.

When you have robust data at your disposal, you can go on the offensive instead of idly waiting for the vendor to determine the outcome. For instance, the Paladin Bluebook — our database of deals, pricing, and terms that has accumulated over the last 14 years — dynamically recommends pricing and contractual areas of improvement. Armed with this knowledge, our negotiation experts can guide the negotiation and secure the best terms for our clients.

Another common mistake is accepting only economic concessions during your contract negotiations. Financial institutions can run into trouble down the road  — to the tune of hundreds of thousands of dollars — if they don’t proactively push back against contractual restrictions too.

We’ll give you an example.

The typical vendor agreement is between five and seven years. Yet, many of these agreements have traditionally incorporated terms that limit banks’ growth strategies and future obligations. For instance, we’ve seen countless banks enter agreements with restrictive clauses around future acquisitions. If the bank were to acquire another firm during the term of the agreement, they’d have to pay a “conversion expense” of approximately $500,000 to cover the onboarding of the new firm’s data.

But why should you pay a provider if you’re bringing them new accounts and revenue, and they aren’t doing a thing? You shouldn’t — in fact, they should pay you. This is a common situation that we’ve helped our clients navigate so that they can secure a clause called gainsharing, which stipulates that the provider should pay you a quasi-commission for bringing them new business.

Many banks simply accept the pricing discount and call it a day, but that doesn’t stop it from being a bad deal. 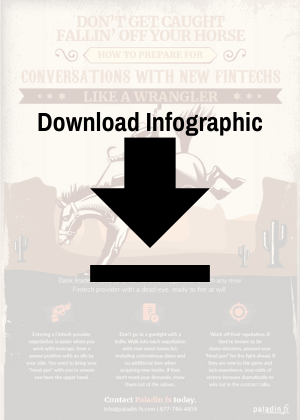 Get the Best Contract Imaginable

Legacy core providers and new FinTech suppliers have a distinct advantage over the typical community institution during contract negotiations: technical expertise. Historically, providers have been able to slide unfavorable terms into agreements under the guise of technical jargon.

When community institutions take a proactive approach and strategically negotiate with data and market insights, that advantage swings to their side of the table.

Backed by years of negotiation experience and a robust database, we’ve helped more than 200 community institutions secure favorable contracts with the best pricing and terms for their needs. On average, our clients save approximately $1.38 million per contract while simultaneously accessing the latest technology at fair prices.

Don’t charge your supplier relationship manager or legal counsel with negotiating your next contract — that only leads to a recurring cycle of bad deals. Connect with us to see how we can help you get the best vendor contracts imaginable.