Can Fiserv's Service Level Get Any Worse? 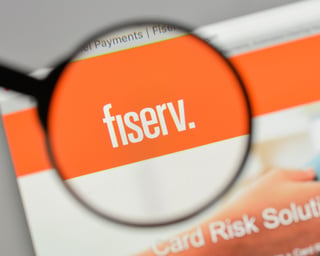 We've worked with banks of all sizes ranging from $150M to $30B over the last 15 years and with all legacy core IT suppliers and all of their services.  Unremarkably, none of the "big three" have excellent reputations when it comes to service and support and most bankers agree that dumping one core for another to gain greater functionality, innovation or deeper love and attention is a losing proposition.  None of them do anything particularly great...but when you have unchallenged control of the market as they do - "adequate" service levels are good enough by their standard because they are no longer competing for customers.

But recently - the last two years - we have witnessed a precipitous decline in service levels from Fiserv far and above (or below - depending on your perspective) that of their primary competitors FIS and Jack Henry.  The disappointment, dismay and in some cases anger toward Fiserv from their customers has never been at a higher level.

Why is this happening?  It's anyone's guess but I would say part culture shock, part new senior management and part employee, "I don't give a  hoot!" attitude born from the great resignation era all US employers are facing today.  Fiserv is a huge company and they are attempting to transform themselves for the last couple of years into a full fledged payments company after the acquisition of First Data (the single largest acquisition of a payments company in US history).  Not until last year did my team start to see First Data offerings integrated into standard core contracts and many bank merchants being switched over to the First Data Clover options as a matter of routine rather than the exception.

To make the merger deal work, leadership has laid off thousands upon thousands of workers in both Fiserv and First Data organizations.  Fiserv clients have reported to us that their account executives switch about as often as they change their underwear and some of the stock being inserted into larger complex banking relationships are greenlings with no business providing account management expertise.

One banker we know well who shall remain anonymous for fear of being retaliated against by Fiserv said,

"I have lost all Faith in Fiserv, I am tired of their road map lies, tired of their service level lies and tired of hearing from them about how great they are - I can't wait to leave Fiserv if it is the last thing I do before I retire from the bank."  -  CEO of 5 Billion Midwest Bank

For years many bankers have prized their "red phone" relationship with someone inside of Fiserv that they could call outside of the normal escalation and support channels to get the love and attention they needed - many of those hotlines are now disconnected and banks are being shoved back into the traditional support channels.   There are some good people inside of Fiserv for sure but you can't get them on the phone any longer.

As a business owner I'm  always looking for good people to join Paladin fs - some background with a legacy core supplier is always a plus - however the number of resumes I see with Fiserv as the former (or current) employer is 5x-10x of those I am seeing from FIS or Jack Henry pedigree.  Just Google Search ["Fiserv Layoffs"] for more shocking insight as to what the street is saying.  I've talked to many of these people through formal and informal interviews and after getting to know them a little bit and digging down into why they left or why they are planning to leave seems to settle on employee dissatisfaction and a culture of uncertainty and 'watch your back'.  One former Fiserv employee was describing to me his compensation program and detailing how unfair it was that commissions from incentives would grow - until a certain point - and then the "de-escalators" took over and effectively lowered his commission when he exceeded sales goals.

What company takes away the financial incentive for doing better than expected?  Just crazy.  This example and many other 'on the down low' comments I get from Fiserv tribe members supports my theory that their terrible service levels are partly due to culture.  People just don't want to work there any more.  The Great Resignation is educating all professional US employees they can move anywhere they want and get at least 18% - 25% more while working from home or the beach under the fake pretense they are just as productive at home or at a coffee shop as they are in the office.

Most all US employers know this is a bunch of bull, but today employees hold the cards.  As the recession cranks down on bloated stimulus-filled personal savings accounts and inflation continues to devalue the pay raises that job-hopping employees have received for doing nothing other than exchanging one zoom relationship with another - the power will shift back to employers and the normal laws of capitalism will take over again and we'll truly get back to normal (I hate saying or hearing "back to normal", don't you?).

I personally have no axe to grind against Fiserv - I'm not singling them out - but I've got to call it like I see it.  Their service levels, customer support, account management is really in the tank these days and it has become much worse than it ever has before.  My company exists to perform the services we do here at Paladin because we believe in the community banking market.  We want to see a healthy, vibrant and competitive industry but when arguably the largest legacy core supplier can't provide services to our clients (their clients) that, in turn, hurts our industry's ability to be competitive and thrive.  Fiserv is literally dragging down some great banks out there.  Juxtapose, I benefit from Fiserv doing a terrible job because we gain clients that want to switch vendors or change contract terms and pricing to be compensated in lieu of promised service levels.

However, I'm putting that personal bias aside because Fiserv must get its act together.  I've been a shareholder of Fiserv stock for many years and I want to see them continue to pay dividends on the back of a healthy company.  We all need Fiserv, FIS and Jack Henry to be great at what they do and I hope this obvious drop in Fiserv service levels is not a 'transitory' phase in the same way the Fed told us about inflation being transitory back in 2021.  Good luck Fiserv - we're rooting for you!