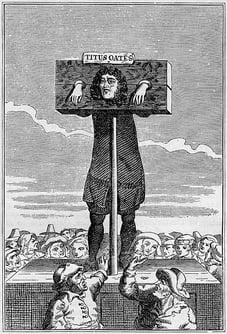 The iPhone Was Still in Diapers 10 Years Ago

Imagine locking yourself into a 10-year contract with Apple back in 2007 when the iPhone was first released?  Apple tied you exclusively to AT&T for cell services and consumers learned quickly the 4GB memory wasn’t enough.  Under intense market pressure, Apple responded over the next two years with 8GB and 16GB models; expanded non-exclusive cell provider options; updated iOS’ and over time bigger and better models, colors, cameras and capabilities culminating in the palm-held supercomputer many of us enjoy today.  Without short-term service contracts; outside competition appearing in 2008 from Google Android and several key anti-trust lawsuits, consumers would have never benefitted.  Simply put, handcuffing all of their customers in a 10 year contract would have made Apple really fat and really lazy.

A 10-year Core IT deal with CSI takes market pressure off of the supplier to innovate and work hard to keep your business - shifting technology risk to the buyer.  Buyers become speculators betting that over 10 years CSI will advance their technology fast enough to remain competitive with no recourse other than to sue or terminate services forking over 80%, 90% or 100% of the remaining contract value for the suffering.  The vendor can break promises without penalty however your Bank must break the contract to get any access to real options. Banks that sign 10-year deals are complicit in making legacy vendors fat and happy thus exacerbating the nightmare our industry lives with today as legacy vendors like CSI, Fiserv, FIS and Jack Henry are holding us all hostage.  If you care about your institution having access to the best technology your vendor can offer, 10-year deals encourage the opposite.

A dirty secret about the outsource “shared” processing business model used by legacy fintechs like CSI and the Big Three Oligopoly is that over time it becomes less and less expensive to service their clients.  Profit margins naturally increase because computers and virtual servers can be incrementally shared by one or many banks for nearly the exact same cost. A study by IBM showed that the incremental cost of servicing the 100th customer was less than 1.7% the cost of the 1st.  Core IT suppliers understand there is no linear relationship between the number of banks supported by a vendor and the amount of human resources the supplier must retain to maintain a computing SLA.  Interestingly, pricing models used by CSI punish Banks for requesting shorter term deals even though the cost of service (to CSI) remains unchanged no matter if the Bank signs a 1 year or 8 year contract.  CSI is known to renew a long-term relationship by increasing costs and maintaining the same SLA and legacy technology stack when it is understood that the value of a repeat customer cannot be overstated. Less punitive than CSI’s pricing model, but equally as confusing, is the fact Jack Henry, FIS and Fiserv will increase pricing on select services as the asset size of a Bank grows when there is nearly no relationship between asset growth and cost of services provided by a supplier.  For example if ACME Bank were to increase assets from $250M to $500M over a 5 year contract term, Jack Henry would demand to increase the costs by 25%-30% in a renewed contract relationship although the Bank added those assets without any increased demand to their supplier (i.e. high wealth account balances or increased loans). When your Bank locks in a 10-year deal you’re not only triggering office-wide high-fives back at their headquarters, you’re also ensuring that they’ll be raking in increasing profits every year on top of the annual CPI kicker and routine flogging for growing your assets.  Shorter-term deals may create the annoyance of a negotiation every few years but at least you have the opportunity to capture some of the vendor efficiency gains in the form of reduced cost to your bottom line by renegotiating economics closer to Fair Market Value.

A 10-year deal eliminates nearly any flexibility that your franchise may want in a future sale or acquisition scenario.  If a sale, you better hope you’re 8 years into that deal before you think about writing that termination fee. If an acquisition, now you’re potentially forced into sticking with your incumbent rather than switching to the competitive-processor used by the institutions you are acquiring (occurs about 1 in 4 mergers, actually).  A long term deal puts the vendor in control of your destiny and may force you to choose a path you would rather not take. Recently, a three-bank holding company approached Paladin to help calculate the impact of termination, conversion and de-conversion expense necessary to collapse two banks into one charter and consolidate on one platform from FIS.  Bank #2 used a different FIS platform, while Bank #3 was processed by Fiserv. With 51 months remaining on a 7-year deal, FIS contract language dictated the holding company to pay $5.6 million in termination fees even though FIS was the surviving processor and not losing a single transaction dollar. Adding insult to injury, FIS was gaining the additional accounts from the Fiserv Bank #3 for no acquisition cost whatsoever while also penalizing the holding company by charging fees to convert these new accounts.  10-year deals help nobody but the vendor.