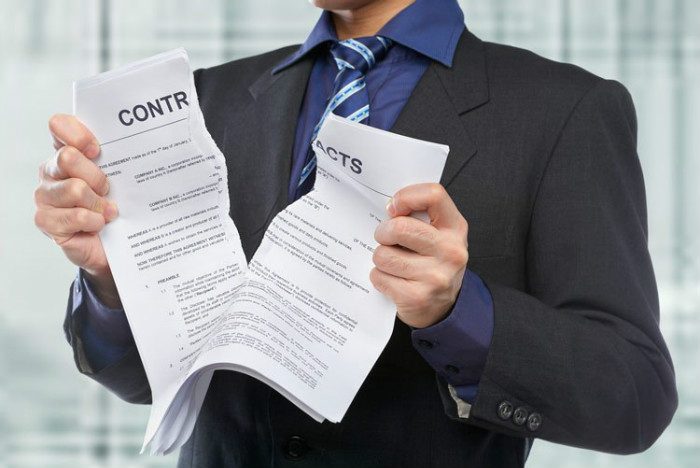 As the market continues to contract from M&A activity, a week doesn’t go by without us hearing from a bank or credit union CEO about the onerous, unfair and nearly criminal termination fees found in standard Core IT supplier agreements. We estimate that in 2018, banks will pay between $280 and $330 million in termination fees related to merger activity, fomenting pervasive frustration, anger and disgust throughout the community banking world.

Juxtaposed against this backdrop of unfairness and unsustainability, the big Core IT suppliers keep a straight face as they hold hostage your conversion date – and merger success – until you write that enormous check for services your bank will never enjoy and suppliers will never provide.

Inherently, a contract isn’t a contract unless there’s some pain for exiting it early. In fairness, a supplier makes a commitment to provide services for a certain number of years and invests in hardware, software, equipment, and human resources to provide these functions long term.  No one disputes they should be compensated in some fair way when a bank decides to leave early.  But should a bank pay 100%, 80% or even 50% to terminate these services?  Absolutely not.  Legally, can a supplier for these types of services rationalize that they were harmed in such a way that a termination fee of this size can be justified? Read on.

Not only do suppliers have no incentive or reason to behave otherwise, they believe status quo won’t rock their financial boat. They’re wrong. The very banking market  they’re feeding on can sink unless suppliers acknowledge the unsustainability of this scenario for everyone involved.

There are generally three common reasons a bank decides to terminate services:

1) they merge with another bank; 2) they switch to another more competitive alternative because the current service becomes deficient or inadequate; 3) they no longer need the service. Termination timing is an equally important consideration, and whether it’s within the inaugural contract cycle or the second or even third renewal period. Lastly, knowing the total scope and value of the services being terminated (when compared to the entire financial relationship with the supplier) is critical.

Cost of Services Fact: Over time, it costs less for an outsource software supplier to provide any particular service because technology advances make it more efficient and less expensive.  Modern suppliers can turn on virtual servers with a mere keystroke, when just 10 years ago they invested thousands of dollars in replicating server equipment.  Some legacy services provided by Fiserv, FIS and Jack Henry operate at nearly 90% profit margins today even after initial capital costs are factored.  If that supplier improves the service materially – as opposed to simply maintaining it – the cost of service delivery still reduces, but at a marginally slower rate.  As the bank uses the software over time, they require less support from the supplier as employees become better trained and more proficient, thus accelerating the reduction in cost of services.  Don’t believe for a minute it is more expensive for your supplier to provide any particular service today vs. yesterday.  #FakeNews

With all this in mind, termination fees are way out of whack no matter how you slice it.  If a bank terminates their account processing services for a merger (scenario #1) and the bank is in the second, third or later contract cycle – what security interest does any supplier have in charging 50% or more termination fee?  Their capital costs were recovered eons ago midway through the inaugural contract cycle.  The supplier has profited at obscene margins for many years without ever actually innovating, replacing or materially improving the service.

If the bank terminates all or some of the services because they determine it does NOT meet or exceed their competitive needs (scenario #2), the vendor should eat the majority of all termination fees and foot the bill for conversion for the simple fact they’ve provided a crappy, non-competitive product.

For example, Jack Henry should not be rewarded 100% of the remaining contract value in termination fees because their online NetTeller product is terrible and Digital Insight delivers a stronger alternative in the opinion of that bank.  In this scenario, the termination fee creates a manufactured barrier to the acquisition of competitive technology that might actually be preventing our industry from surviving and flourishing.  This is an unfair business practice at any measure and may not be legal in many states.

In scenario #3 where a bank terminates a service because they no longer need it, there should be no issue and no termination fees.  If your banking “partner” has no use for the service, why would you ding them with a termination fee and exacerbate the fact they probably already operated that service at a loss for many years before pulling the plug?  A vendor should consider the totality of the relationship and refrain from piling on to the problem. After all, they may have sold a service the bank never needed in the first place.

The Legal Challenges Are Looming

Our research shows at least half of all states do not tolerate these termination fees in court, provided they are challenged by institutions.  We understand that the maximum amount of liquidated damages a supplier is entitled to legally – provided they can rationalize how they were harmed – is the discounted value of remaining net profit.  This might not be more than 18% - 22% of remaining contract value or about one year on a five-year deal.  This seems reasonable in scenario #1 or #3, but still unnecessary if termination is because the product is uncompetitive.

Unfortunately, IT suppliers are in the catbird seat during a merger because few banks will take the time to legally challenge their termination fees in court at the risk of their pending deal falling out of bed.  Shareholders hold their nose and pay the fees way in advance because suppliers will not issue a conversion date unless the check clears their bank first.  I believe many banks will legally challenge these tactics as ‘business interruptions’ in the coming years that will certainly disrupt this outrageous contract term all banks and credit unions are saddled with nationally.