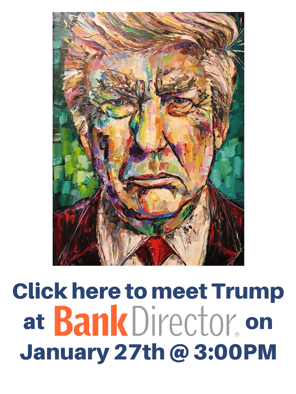 In 2019 the Department of Justice summarily ignored the current anti-competitive bargaining position possessed by Fiserv and FIS as they quickly approved the First Data and WorldPay acquisitions. After I was interviewed by the DOJ anti-trust lawyers some six (6) times, I can attest that the DOJ barely understands what the community banking market is, let alone the market realities faced by banks.   They don't understand that these massive mergers help Fiserv and FIS organize their power into a vertical oligopoly that not only continues control over the 2nd largest line item of any bank’s non-interest expense (data processing) but now also greatly influences non-interest income through control payments revenue. One vendor controls revenue and expenses. Who wants to negotiate against a vendor with that much control over your destiny?

So what is a bank executive to do when your largest and most critical trading partner controls the largest expense and second largest income category on your P&L? Where can you find leverage in a negotiation? What can industry leadership do when even the most sophisticated legal organs of the federal government cannot recognize that community banks are being taken advantage of and are powerless?

I think the industry has no choice left but to call in the self-proclaimed number one negotiator in the country (maybe the world)...the grand poo-bah of getting a fair deal...the master of fixing global trade imbalance...none other than the 45th President of the United States, Donald J. Trump.

Hypothetically speaking, what would Trump do? How would the President bring some balance back to the force and help the community banking industry right this wrong after a few decades of bad deals now institutionalized into every contract in the country? What could he do to force the Big Three Oligopoly to stop fleecing these underrepresented bankers that form the backbone of our financial nation? Based on three years of close observation of the President and assuming I could completely debrief him on all market defects found in these contracts and pricing schemes in advance, here is what I believe his game plan could be to force their hand by simply using the bully pulpit:

By calling out the business problem, the unfairness of it all and educating the public in a way that only President Trump can do would potentially incite a great deal of interest from citizens, the press and the business community. Community banks and associations that have laid silent for fear of retaliation by the Big Three might raise up their heads and begin to show their support. More banks would organize bargaining power through the Golden Contract Coalition. Fiserv, FIS and Jack Henry stock prices would likely take a hit and their leaders will be called onto market shows like CNBC and Squawk Box, interviewed by Neil Cavuto and taken to task for the charges leveled by the President. Why are you hitting community banks like this? Why are you still utilizing business practices and technology from the 1980s? Why are you not investing more of your profits innovating new technology needed by community banks to compete against Wells Fargo and BofA?

Trump would not actually have to negotiate anything. He simply would announce what was for dinner, set the table and let Jared Kushner and his experts cook the meal. A little public humiliation would go a long way to put the Big Three Oligopoly on notice that the market can no longer stand for the private flogging of community banks. It’s high time that these companies actually get in lock-step with what the market needs more than their shareholders. A balance can be found where both masters are satisfied and these companies have the capabilities to give community banks the tools necessary to survive and thrive while also making a profit.

Even as a hypothetical fantasy, would Trump really need to get involved or can we solve this problem on our own once and for all? I think the President has a lot more pressing issues to attend to these days.