New Beginnings: Strategies to Avoid Mistakes of the Past with Core Banking Software Suppliers

It's the beginning of a new year, and that equates to an opportunity for a fresh start. For community banks and credit unions, this means the chance to review what obstacles have held them back from competing with the big banks on a level playing field — and to develop strategies to overcome those hurdles in 2018. 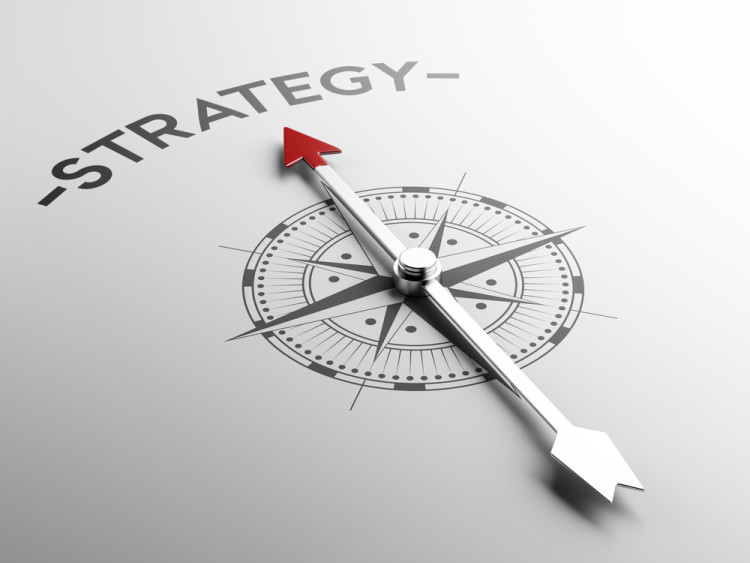 Since 1994, the loan market share held by big banks (financial institutions with assets greater than $10B) has relentlessly increased from 50 percent to approximately 80 percent. This has left community banks and credit unions with less than a quarter of the overall market — an already meager slice of the pie that is steadily shrinking.

FinTech exploded onto the scene, disrupting the way businesses and individuals access and manage their money in ways that were previously unimaginable. Simultaneously, the big three Core banking software suppliers (Fiserv, FIS and Jack Henry & Associates) chose that pivotal moment in history to eschew progress and instead deny their smaller bank and credit union customers the same favorable contract terms that their larger competitors enjoyed. By holding affordable access to new FinTech companies — and their technological advances — hostage from community financial institutions, they effectively snuffed out their ability to evolve with the times — and to compete for customers.

Fast forward to today: The big three Core suppliers have community banks and credit unions in a metaphorical chokehold that is actively killing them. But all is not lost. Community financial institutions can still break free from the constraints imposed on them by obstinate Core suppliers. Through calculated Core negotiation, community banks and credit unions can secure fair deals that free up resources for rolling out the fintech their customers now not only expect, but demand.

Core suppliers count on the fact that switching suppliers would pose an astronomical cost to community banks and credit unions, both in terms of the financial logistics and in terms of human resources required to convert all programs and processes to the new system — not to mention the staff retraining. The assumption that a bank or credit union won't want to go through the hassle of going with another vendor often makes them overconfident when it comes time to renew a contract. Fact is, less than 4 percent of all banks switch suppliers in any given year.

Even still, when the cards are on the table, they don't want to lose the business any more than institutions want to change their Core provider. And as a result, the Cores will often back down when banks call their bluff provided they have the right leverage at the negotiation table.

The following three tactics have proven successful for Paladin fs clients who have implemented them with our guidance — and ultimately reaped the rewards of securing a fair contract with their chosen Core suppliers:

1. Two years from contract renewal, turn the tables to turn the tide.

To negotiate from a position of power, the conversation needs to begin at least two years in advance of a contract renewal date. With that amount of time as a buffer, Cores know a bank or credit union could conceivably go with another vendor — this is called "switching leverage."

At this critical juncture, financial institutions must gather their ammunition. They should reach out to other Core vendors to request their best offers, and do extensive research into pricing and contract benefits enjoyed by bigger banks. (Pro tip: This information is highly guarded and difficult to come by, but you can bypass this step altogether if you partner with a third-party that has access to it through the real-world experience of working on countless deals and meticulously mining each for information about what offers other financial institutions are enjoying.)

A Service Level Agreement (SLA) is a commitment of a specified service level that, if not satisfactorily delivered, entitles the customer to a predefined financial credit or other tangible compensation. But Core vendor's SLAs are rarely that. In practice, they function more like Service Level Objectives, or SLOs. And an SLO doesn’t come with any guarantee, credit, or remedy process that favors anybody but the supplier.

For example, in most agreements community banks and credit unions are promised an uptime guarantee of circa 99 percent. That looks good on paper, but the reality is that typically, vendors craft that uptime percent to exclude certain hours, days, holidays, and other processing vacations throughout the week, month, and year. Perhaps those hours are insignificant because they will not likely affect a bank's employee or customer experience. But many also don’t count overnight hours in their uptime calculation — and what happens to a bank if it cannot finish its overnight processing? The Core vendor can claim they met their 99 percent uptime, even though on the next morning the bank's staff had to work double time to account for the failure to close the previous day.

To avoid this scenario and others like it, community banks and credit unions should be sure to put key language in the contract that combines uptime with an overnight processing commitment within the SLAs, and that includes a clear definition of the consequences of a breach that is measurable and meaningful — with an option for either the supplier to make it right, or the institution to terminate the agreement.

Offering the top-tier FinTech solutions that customers in 2018 expect is crucial to the survival of community banks and credit unions. Community financial institutions cannot provide rinky-dink platforms for online banking, bill pay, P2P payments, etc., and remain competitive in the marketplace — and they don't expect to. But most Core suppliers include terms in their contracts that play a perverse game of FinTech keep away with community financial institutions — one in which the deck stacked against them is sky-high.

In order to pave the way for technological advancement, community financial institution must demand that their Core suppliers limit exclusivity for the services the institutions anticipate acquiring, changing, or upgrading in the future. Under the current language in Core contracts, banks do not have the right to switch to a more competitive FinTech solution without great pain in the form of high termination fees and costs required for de-conversion from the past solution and conversion to the new solution. And that's just backward.

If a Core supplier's solution isn't up to snuff, why should they be rewarded with a hefty fee for the privilege of not using their technology? Instead, the Core should take the hit by absorbing the cost of exit for services and the costs to de-convert. After all, if the supplier is willing to stand by their solution, they should be ready to guarantee its quality and competitiveness.

Of course, Core suppliers don't tend to see the situation in the same light. But armed with the knowledge of what has been offered other banks in the past — and what concessions are possible to attain for themselves — community banks and credit unions can successfully get their Core suppliers to offer fair terms for FinTech solutions.

The reality is that by choking the life out of community banks and credit unions with unfair fees and pricing structures, Core vendors are ultimately harming themselves in the process. As mergers and acquisitions of community institutions occur, their customer base dwindles. That's why it ultimately serves both parties to empower community banks and credit unions to compete with the big banks in the fintech sphere. The trick to succeeding in this endeavor in 2018 is in making the Cores view the full picture — and in forcefully convincing them to play fair.